The Château de la Bâtie d'Urfé is a remarkable Renaissance site with many treasures. From its rock-work grotto to its emblematic sphinx and not forgetting the Italian paintings in the chapel, it has plenty of surprises in store for you.

Italian-style galleries, gardens to stroll around... Nothing has been left to chance at what is one of the department’s flagship Historic Monuments, combining all the arts of the 16th century.

A little bit of history

The Château de la Bâtie d'Urfé is a unique site right in the heart of the Forez region. It was originally a Medieval stronghold but was then enlarged and modified by Claude d'Urfé during the Renaissance.

The influence of Claude d'Urfé

This gentleman born in 1501 was a close friend of Kings François I and Henri II, and was entrusted with various missions, for instance he was a diplomatic representative to the Council of Trent, Ambassador to the Popes in Rome, governor of the Children of France, etc.

He died in 1558. His journeys, to places including Italy, deeply inspired him when it came to the programme for decorating the château as we can still see it today.

The setting for a romantic novel

The Forez estate was a source of inspiration for his grandson Honoré d'Urfé, author of L’Astrée. This is a roman fleuve more than 5000 pages long and tells the story of the love between two star-crossed shepherds, Astrée and Céladon.

Considered to be the first French novel, it was a genuine hit in all of the European courts in the 17th century.

From decline to regeneration

The d'Urfé family died out in the 18th century and its subsequent owners gradually neglected the château. It was saved by La Diana, the historic and archaeological society of Le Forez in 1909, and listed as a Historic Monument in 1912. Ever since that time, the Department of the Loire has been engaged in major restoration work to restore the estate to its Renaissance glory. The DeIt has been managing the site since January 2007. 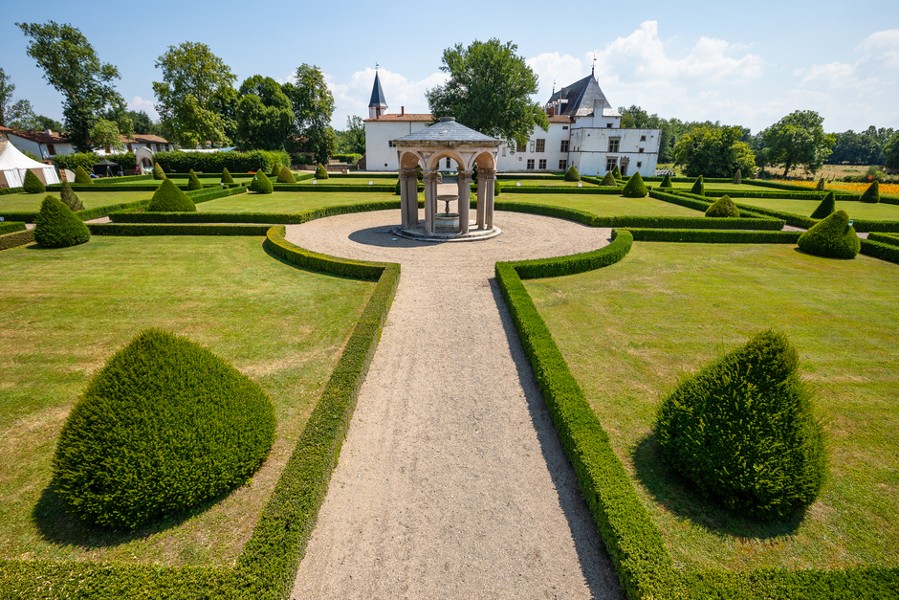 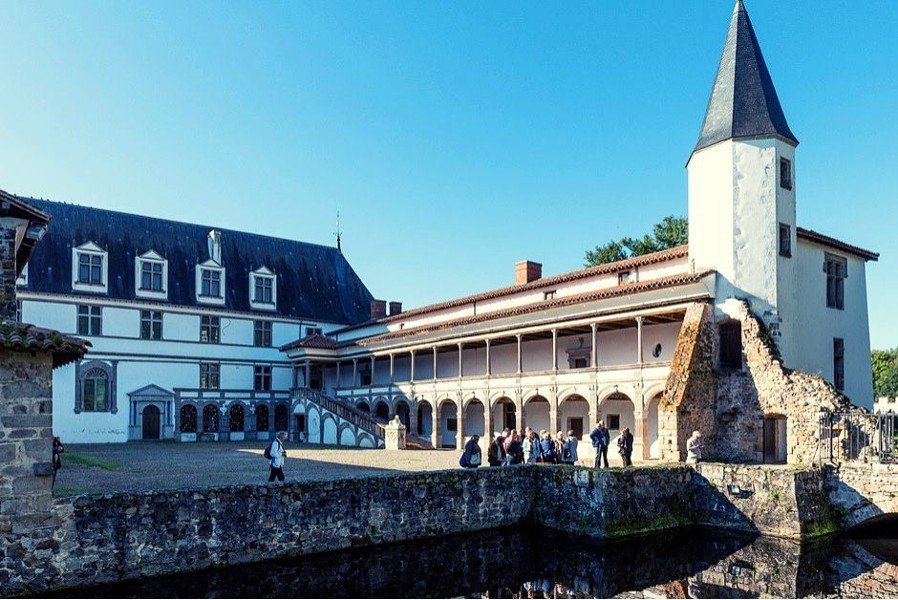 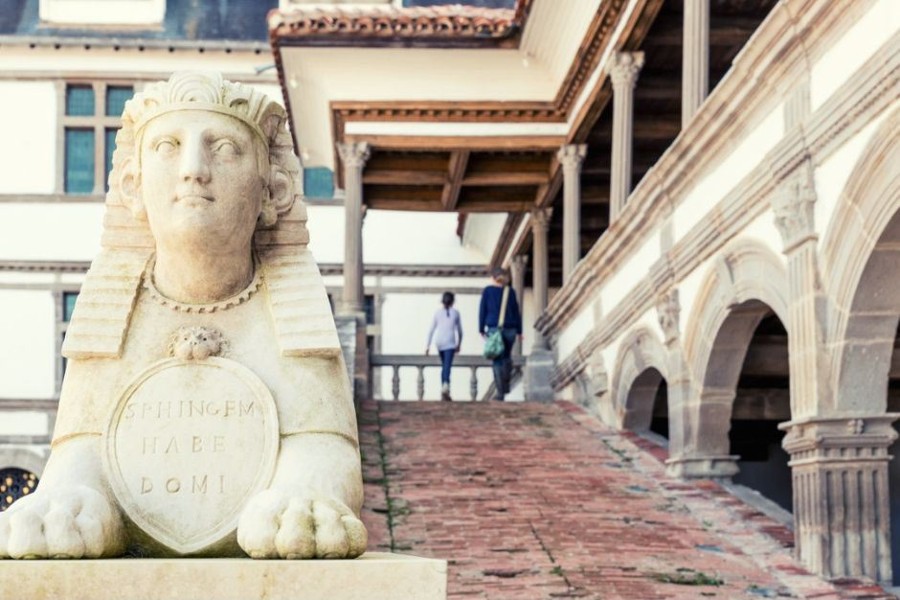 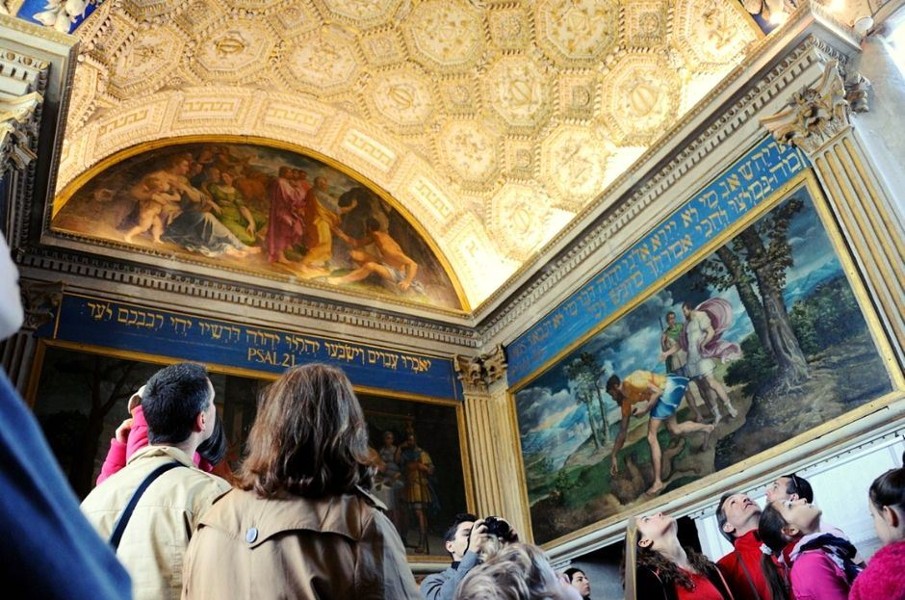 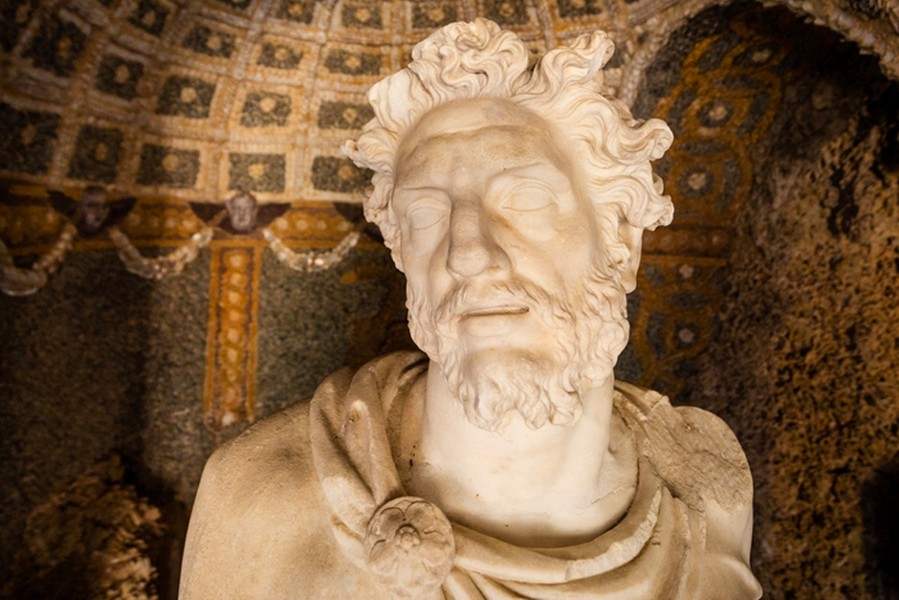 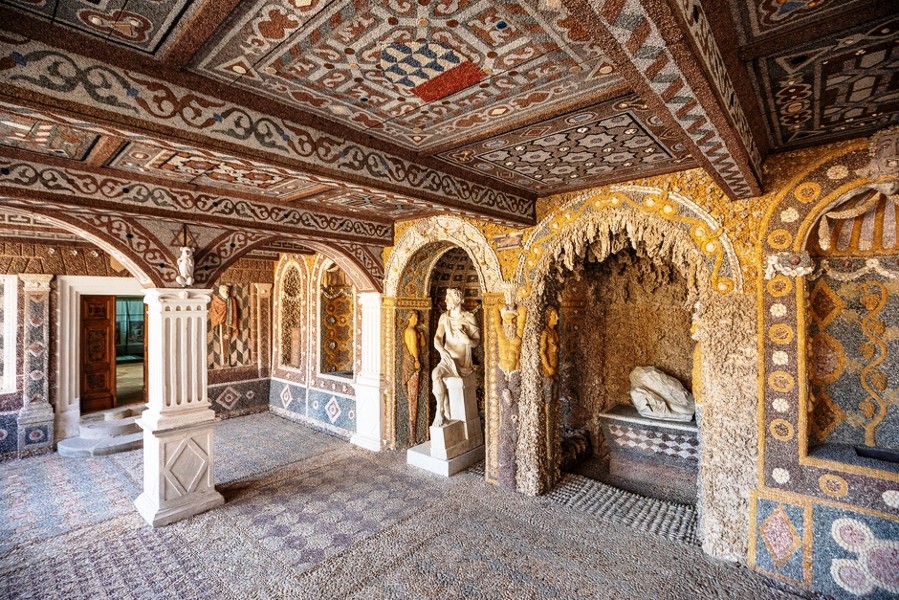 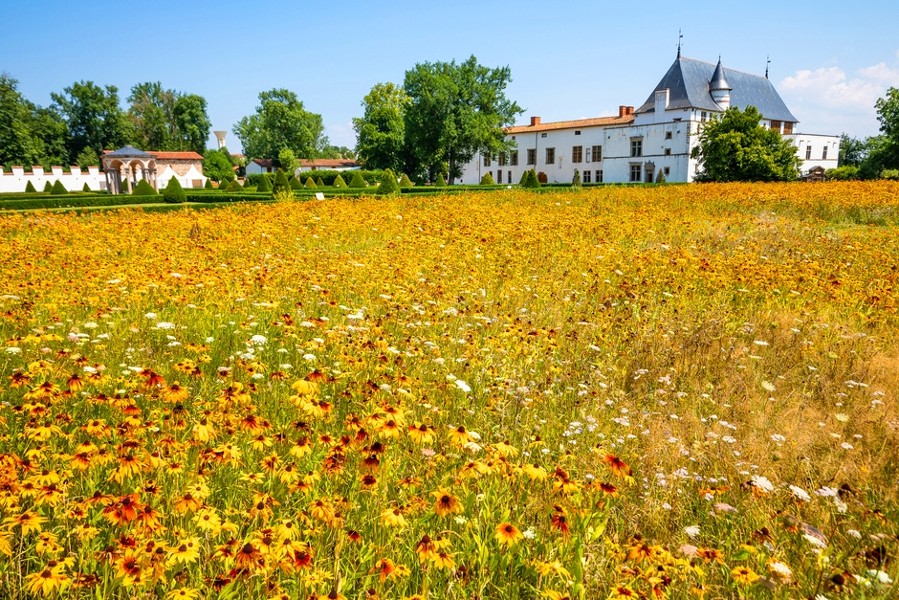 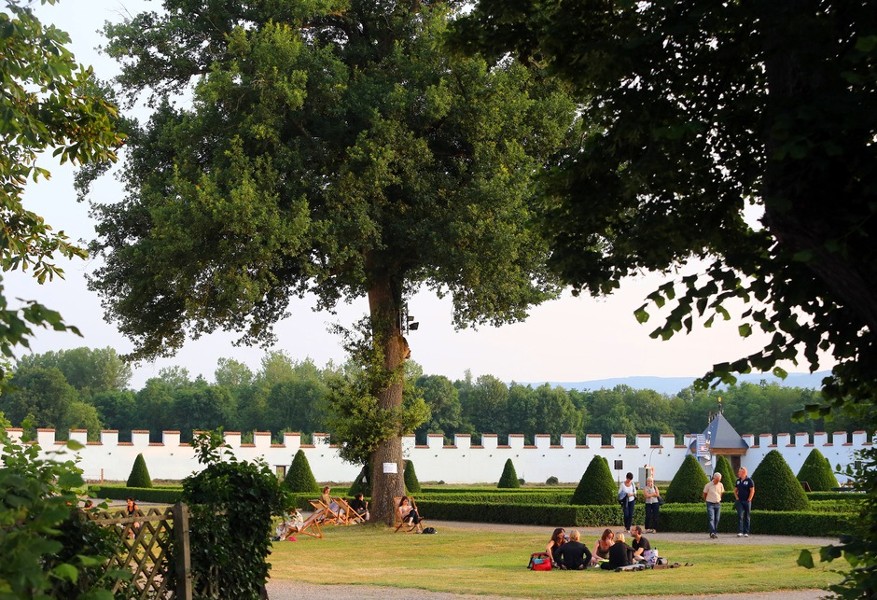 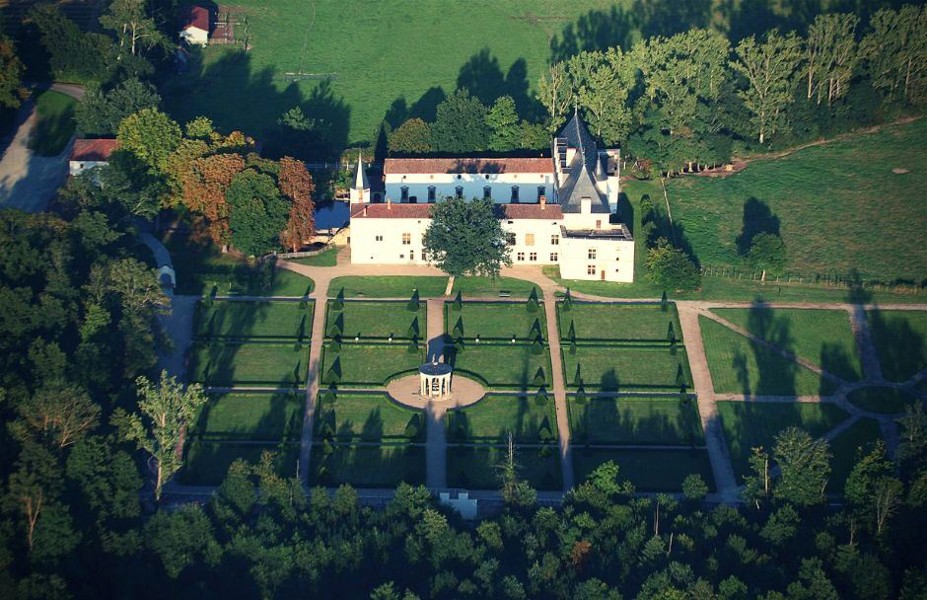 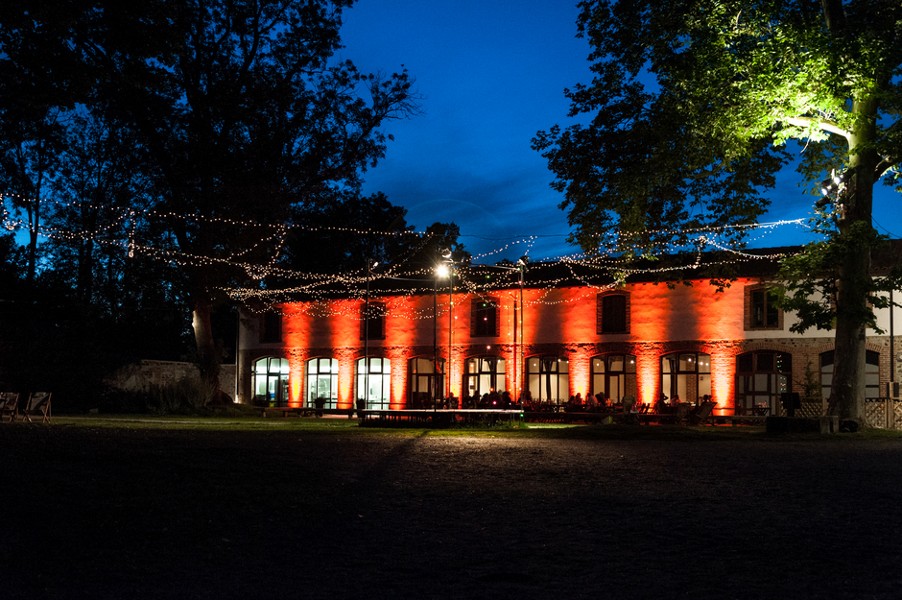 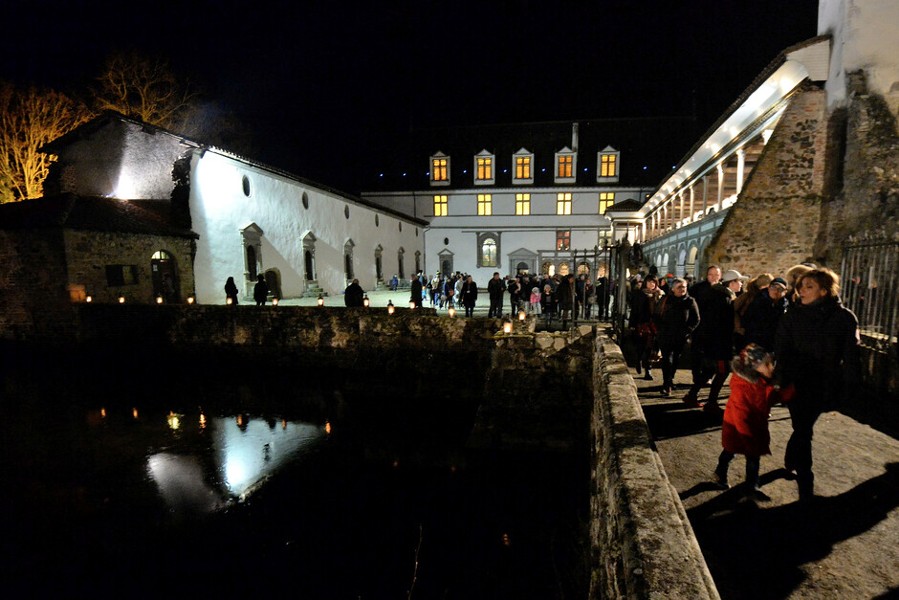 Although it had reigned supreme in the château's courtyard for four centuries, the ravages of time forced it to withdraw so that it could be reborn. In a room given over entirely to this imposing stone sculpture, photographs and first-hand accounts of its restoration tell you the sphinx’s story.

This is a journey that will take you from its ancient origins to its depictions in paintings. We also have plenty for children - there is a fun space with games to help them share in the story of this mysterious creature.

The only rock-work grotto of its kind in France

La Bâtie has the only 16th century grotto still preserved in the whole country. On the walls and on the ceiling, mythological figures and geometric decorations make this an amazing place, as unusual as it is symbolic. It is made up of natural materials, stalactites, pebbles, small stones and seashells, and the idea was to have a cool room with multiple water jets. Its restoration in 2008 managed to restore its original colours.

Gardens that are perfect for a stroll

La Bâtie d'Urfé’s gardens were created between 1546 and 1558 and are made up of sixteen box and yew beds which meet the Renaissance criteria of geometry, symmetry and regularity. They are entirely fenced in by crenellated walls and spread out around a rotunda and its fountain. A pergola and a forebay, partly restored, are a lovely place to take a walk.

Ten installations have recently been added to the gardens - a gong and argilophones. These metal and clay sculptures come to life when you touch them and each of them has a sound all of its own.

Bees, the new queens of the château

The department has had a flower meadow planted where the long-gone hazel maze used to stand. In the spring of 2015, hives, each housing 85,000 bees, came to the estate. They have been producing honey since 2015.