The history of la Bâtie d’Urfé

From an agricultural area to a stronghold (11th-15th)

Originally, La Bâtie (also known as La Bastie) estate was not an aristocratic estate with a château - it was actually an agricultural area which was part of the Benedictine priory of Champdieu, near Montbrison. The d’Urfé family, who had set up home in the first foothills of the Monts du Forez in the Château d’Urfé (known today as the Château des Cornes d’Urfé, Champoly), only became the owners in the late 13th century as a result of a marriage with the de Marcilly family, a powerful line from the former county of Forez. Over the course of the 14th and 15th centuries, the d’Urfé family lost interest in the ancestral château and moved to the Plaine du Forez. The agricultural buildings were converted into a stronghold, in other words a series of fortified buildings that are more modest than a genuine fortified castle. 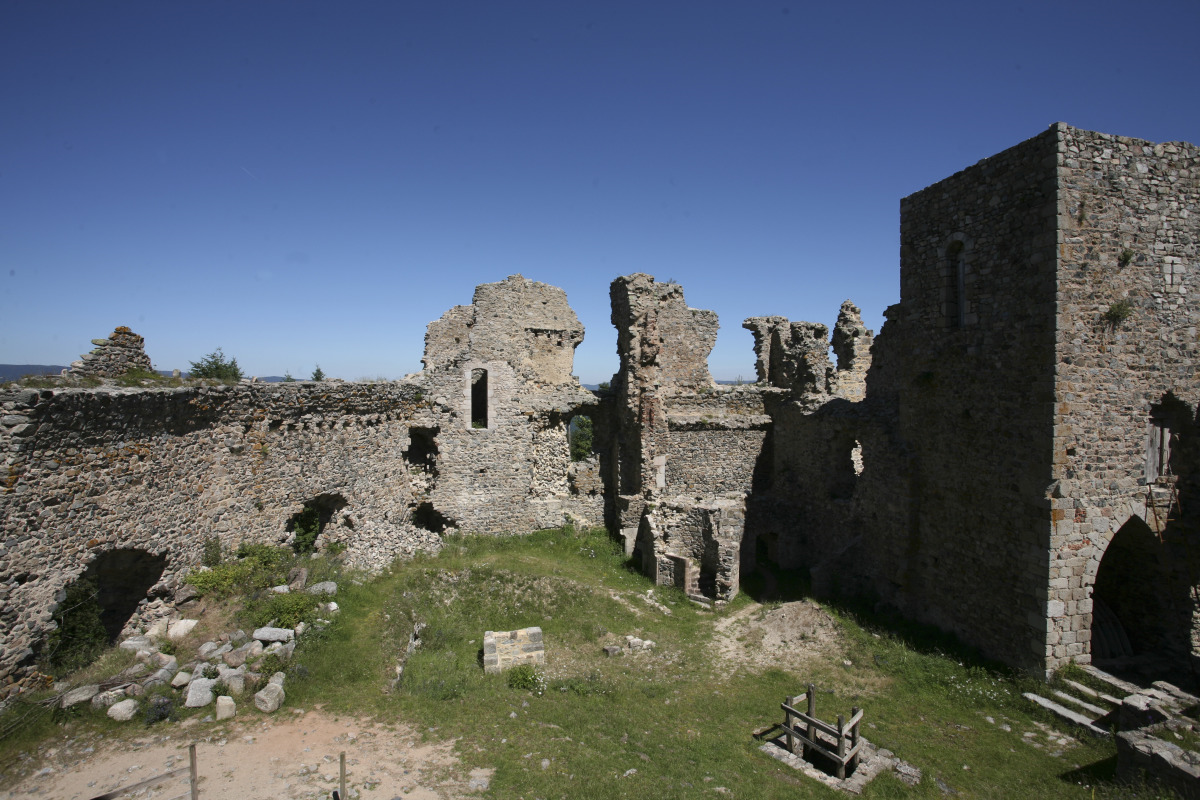 La Bâtie in the days of Claude d’Urfé (16th century)

In the late 15th century, La Bâtie became the main residence of Pierre II d’Urfé (circa 1444-1508). Most castles lost their defensive function during the Renaissance and henceforth became exclusively residential places, used for pageantry and receiving guests.

La Bâtie was no exception. In the period from 1540-1550, Claude d’Urfé (1501-1558) turned the austere stronghold into a genuine country retreat, embellished by formal gardens. While on trips to Italy and the Loire Valley he must surely have had the opportunity to visit sumptuous dwellings and royal residences, and he brought the French and Italian architecture of the first half of the 16th century back to the La Bâtie estate.

Claude d’Urfé was a statesman, a learned humanist and a lover of the arts of his time, and he left behind a unique residence, which tells us a great deal about the Renaissance in Forez.

After Claude d’Urfé’s death, La Bâtie remained in the family up until the mid 18th century. Many members of the family lived there, for the most part on short stays, but very few of them were to leave any traces of their time at La Bâtie, which has remained almost intact from an architectural point of view ever since the work carried out in the 16th century. Although Claude d’Urfé left his heirs a very refined château, decorated by famous Italian artists, he also left them with rather a lot of debts.

From the 17th century onwards, the château seemed more like a memory of the splendour of a bygone age, the Renaissance, rather than a true place of residence. As Claude’s descendants were too busy with their positions or events, such as the Wars of Religion, they spent most of their time far away from La Bâtie.

Charles-Emmanuel de Lascaris d’Urfé, who lived mainly in Paris, was the last member of the family to leave his mark on the château with the decoration of the French ceilings of the state room, including coats of arms. Crippled with debt, the last Marquise d’Urfé had La Bâtie seized from her after a court ruling, and then the château was sold to the de Simiane family, a prestigious lineage of Provençal origin, in 1764.

After 1778, the château was passed from hand to hand (Puy de Mussieu, Cadore) throughout the 19th century and escheated when it became the property of Mr Verdolin, a lawyer and banker from Montbrison, in the 1870s. In 1874, deeply in debt, Mr Verdolin sold a very large part of the château’s decorations - all of the decorations in the chapel ordered and installed by Claude d’Urfé in the 16th century were sold off to art dealers and then split up as they went into various different public and private collections. After Mr Verdolin left, the château was sold to Mr Meyer and then abandoned for thirty or so years, in spite of spending a short time in the hands of the de Neufbourg family.

The château is rescued and showcased as heritage

The escheating of the château came to an end when it was purchased by the La Diana historical society in 1909. After being listed as a Historic Monument on 25th October 1912, La Bâtie underwent a series of restoration projects carried out in the 1920s, the initial priority for which was the château itself. A century later, successive restoration work helped to get La Bâtie looking a lot more like it had done in the 16th century.

Starting in the 1990s, special attention was paid to Claude d’Urfé’s gardens. An initial reconstruction of the 16th century gardens, which had entirely disappeared when La Diana purchased the property, was embarked upon in the 1950s, and then others were carried out after Anne Allimant-Verdillon’s archaeological digs which gave a genuine boost to knowledge about and the reconstruction of Renaissance gardens.

Since 2007, following on from La Diana’s work, the Department of the Loire has been working to preserve and develop La Bâtie estate as a piece of heritage, showing how the Renaissance affected the Forez area. This also helps to keep alive the memory of the d’Urfé family, who left a considerable architectural, artistic and literary heritage.